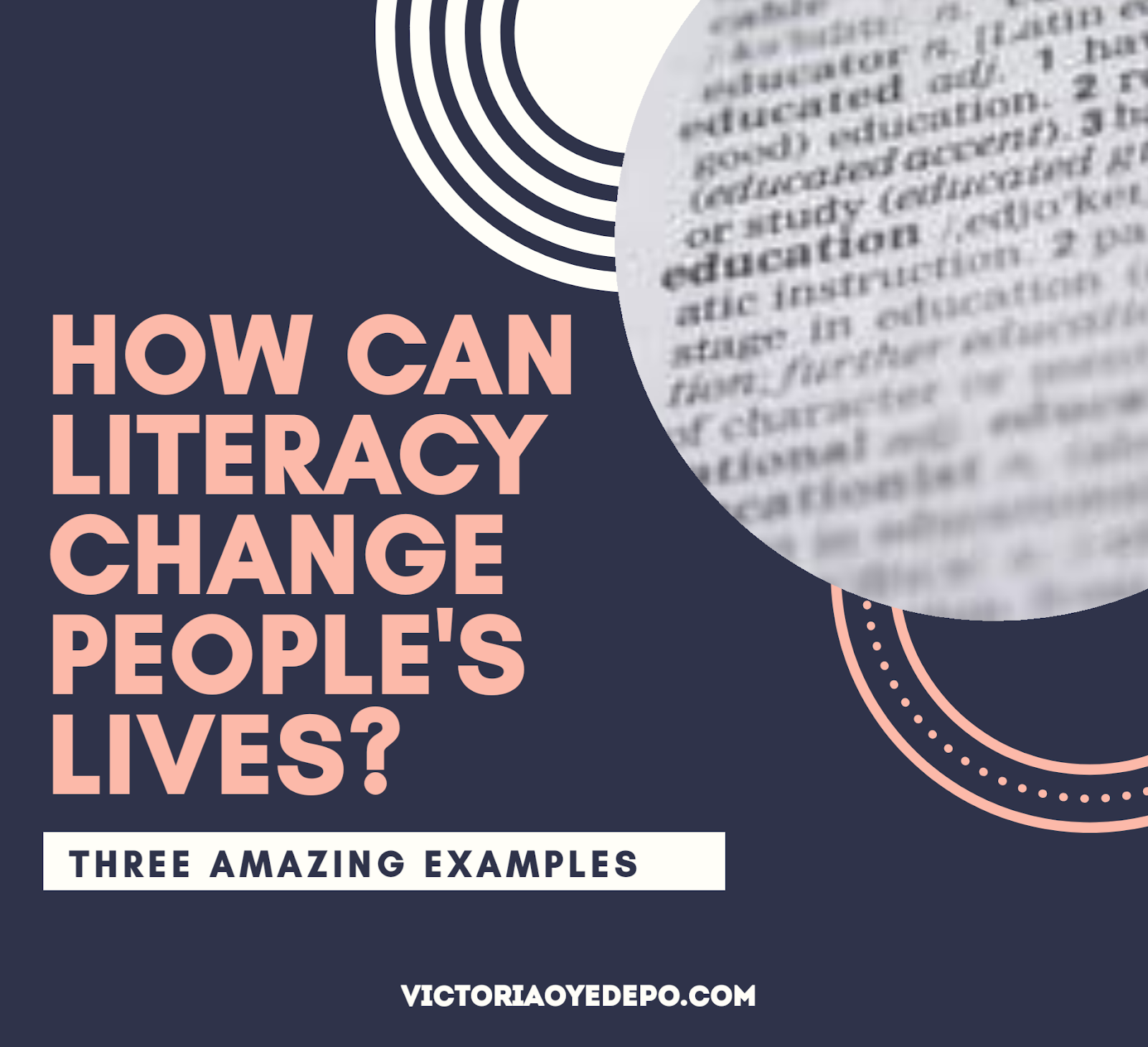 In the international bestselling book, “I am Malala: The Story of the Girl who stood up for Education and was shot by the Taliban,” Malala Yousafzai expressed her thoughts about the importance of education through several salient points. One of the points mentioned in the book reads, “let us pick up our books and our pens, they are our most powerful weapons. One child, one teacher and one pen can change the world.”  These words also parallel the famous lines of one of the greatest men to ever grace this planet when he – Nelson Mandela – said,” Education is the most powerful weapon we can use to change the world” (Source: “Lighting your way to a better future: Speech delivered by Mr. N R Mandela at the launch of Mindset Network,” July 16, 2003)
Many other great minds asides Malala Yousafzai and Nelson Mandela have also in time past vocalized the immense significance of education and literacy. It is a general belief amongst the intelligent and great minds of today’s society and that of the old that literacy offers a pathway to physical freedom, social freedom, and financial freedom, either for an individual, a community or a nation. So, the question behooves – what is literacy?
Some school of thoughts considers literacy as knowledge and competence in a specific area, but I define, and so many others define literacy as the ability to read, write, speak and listen in a very means that lets us communicate effectively and understand the world. Very simply, the ability to read and write. These two abilities are so important as they are two pillars of communication. The better you are at reading and writing, the more relevant you are to the world, the market place and the better your chances with a future career. It also helps you in developing other relevant 21st century skills because whatever modern 21st-century skill there is, to learn and be proficient at it, there is still the indispensable, age-old, basic prerequisite literacy ability – the ability to read and write.
The alternative to literacy spells doom. It spells darkness. It spells shame. It spells oppression. It spells tyranny. The inability to read and write means shutting the doors to a vast array of knowledge. It means a life of ignorance, and ignorance is not bliss. Ignorance is poverty, ignorance is devastation, ignorance is illness, ignorance is a tragedy. Virtually all distress in society stems from ignorance. Jaggi Vasudev said, “The brutality of ignorance is such that it will make you dead while alive.”–
In the movie “The Reader”, the actress Kate Winslet played an Oscar-winning role of an adult woman whose secret was that she was illiterate. During one of the interviews she gave while the movie was the rave of the moment, she warned of the shame of illiteracy. She mentioned that being illiterate was like living in hiding and that every aspect of their daily lives can be dictated by their inability to read and write.
But while illiteracy spells doom and darkness, literacy spells opportunities and light. While illiteracy advances oppression and tyranny, literacy gives a voice to the people. And while illiteracy offers a desperate, gloomy and negative outlook of the future, literacy offers you the future through an anticipatory, bright and positive lens. 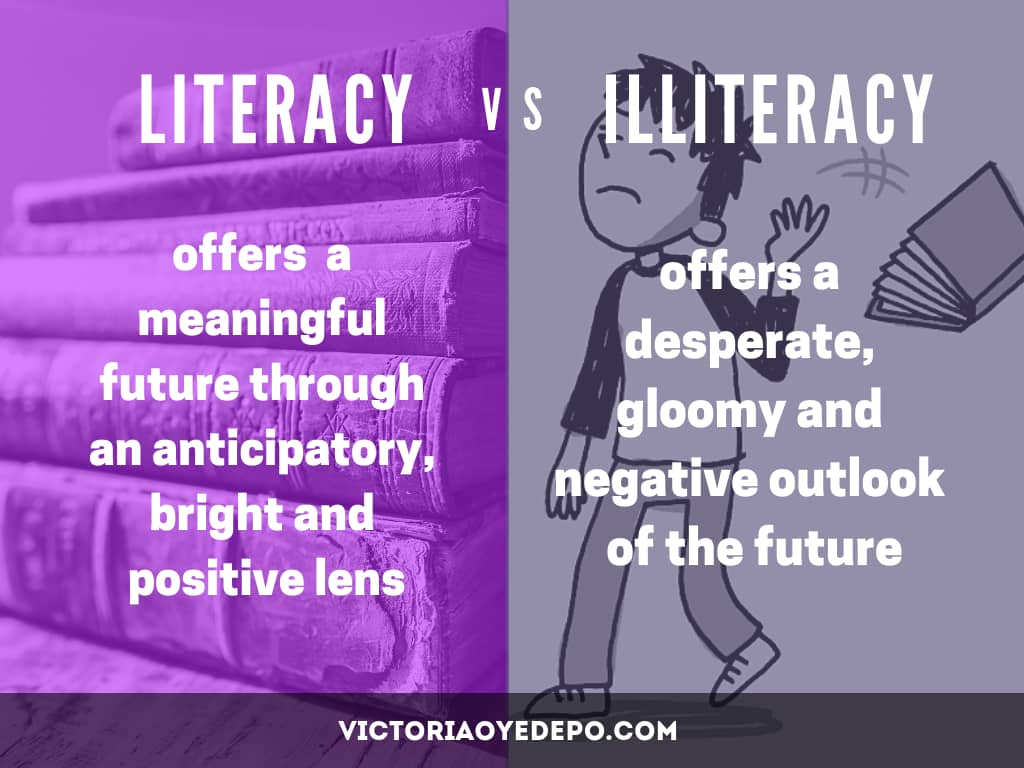 Below are some important examples of how Literacy can change our lives.
1. Literacy opens the window to enlightenment – Enlightenment is the kind of awareness that brings change. The kind of awareness that makes you throw out every last bit of junk food at home and replace with fruits. Enlightenment is the secret sauce to a new life. That is why, oftentimes, there is usually massive rebellion by the oppressors towards any process that could lead to the eyes of the oppressed being lit! For there to be any kind of positive change in the lives of people, there first has to be a renewal of mind and a process leading to unlearning old dogmas and relearning novel ideas. That is the kind of revolution of the mind, literacy brings about; it opens the window to a life of enlightenment. The Taliban oppressors knew this. On October 9, 2012, while on a bus in the Swat District after taking an exam, Malala Yousafzai was shot by a Taliban gunman in an assassination attempt for her rebellion towards the “no education for girls” policy by the Taliban. 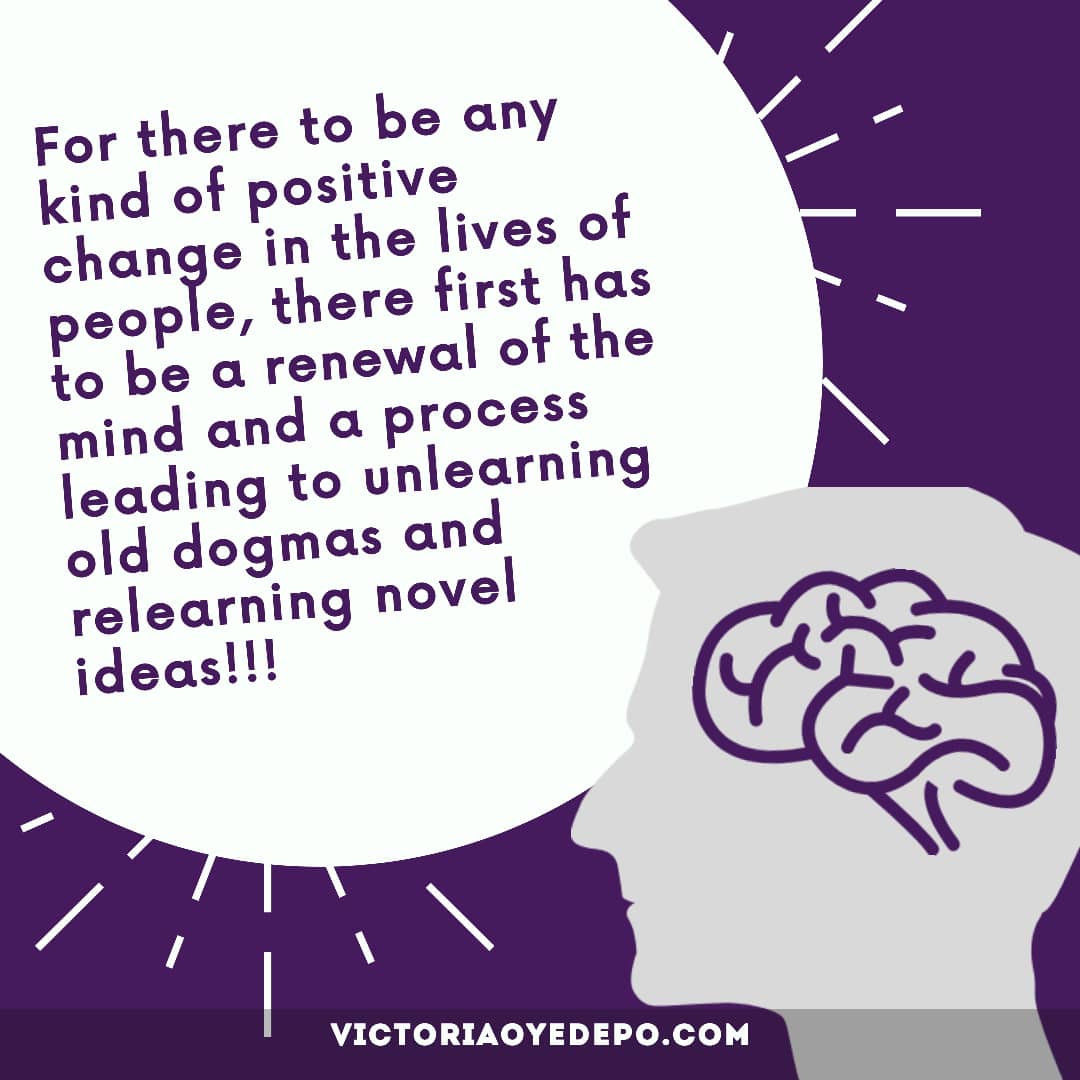 Thankfully, she survived. She then went on to win a Nobel Peace Prize at a record age of 17, write an international bestselling book titled, “I AM MALALA” and start a non-profit fund called Malala Fund. Having personally experienced the many good enlightenment could bring to an individual, she has decided to make advocacy for inclusive literacy and education as a calling. Through her fund, she has gone on to build several schools in her homeland with a focus on girls and lives are being transformed daily.
2. Literacy provides a roadmap to wealth and financial freedom – When it comes to wealth and financial freedom, the odds are heavily stacked against one with basic literacy skills. It is said that people struggling with literacy are more likely to be poor and miss out on opportunities to participate fully in society. They are more likely to not cope in the workforce and hence won’t be able to add value and in turn, reduces their chances of being able to provide for themselves and their family.
The otherwise is also true. A woman recently gave a testimony of how her literacy skills helped her during a difficult period. She said, “Years ago when I unexpectedly fell into poverty, my literacy skills were my ticket out. Had I been unable to read, it would have been impossible for me to so quickly extricate myself and children from a life of lack.”
When the citizens of a country possess the necessary skills to attain financial freedom, this also has a ripple effect on the economy. Statistics would prove that countries with the best economies are also countries with the best literacy rate.
3. Literacy offers a pathway to elevation in self-esteem and confidence – When a professional footballer decides to further his career in another country where a different language is spoken from what he is familiar with, it is often advised by sport psychologists that learning the native language should be at the top of his checklist as soon as he arrives in the country to ply his trade. The reason is that communication and connection are tied to self-esteem and confidence, and are the basis of who we are and how we live together. The same thing applies to us all irrespective of what we do or who we are. When a person struggles with reading and writing, the social impacts are enormous; social issues such as low self-esteem, shame, fear begin to set in. But one who possesses basic literacy skills at the very least knows his or her rights, can voice out, can add value to the workplace and hence be able to foot family bills and inspire the trust, respect, and confidence of his or her immediate family.
There are several other ways by which literacy can change people’s lives but in summary revered readers, the importance of literacy in a society cannot be over-emphasized. It is the bridge between the poverty of mind and wealth of mind; the bridge between penury and abundance. Both for an individual and for society. 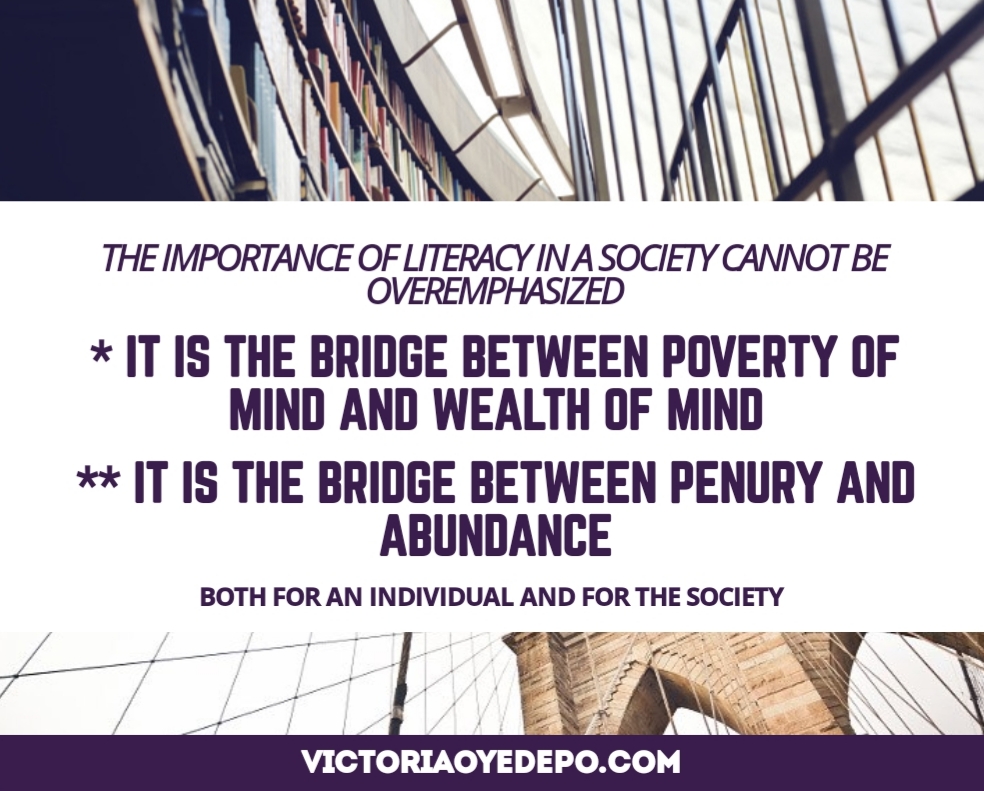 What are your thoughts on literacy and further approaches to changing people’s lives? It would be nice if you don’t hesitate to share them in the comment segment.

HOW TO DEAL WITH SOCIAL MEDIA/CYBER-BULLYING