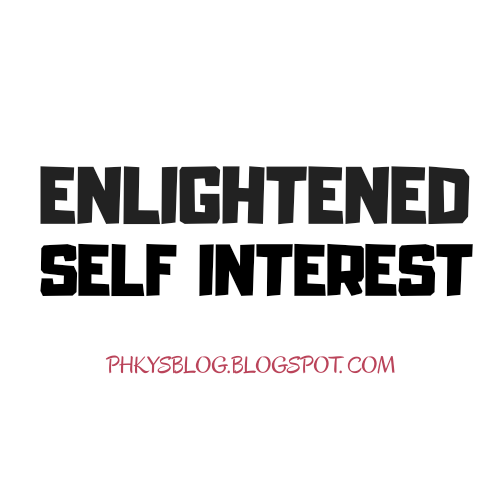 Whatever your profession is, you can always find a way to impact a few, even many.

The other day, I saw somewhere, someone (who happens to be a role model to many) advising people to switch their 9 – 5-day jobs to start a business so that they can leave an inheritance to their kids. When I saw it, I couldn’t but shake my head in silence. It was my wish that I could find him and offer him Andrew Carnegie’s book “Gospel of Wealth.”

It is my humble opinion that most people have got this “starting a business” and “entrepreneurship” rave of our generation wrong. Many do it solely for the money but I think it is beyond that. For there to be sustained national growth, it has to be beyond that. As David Packard, Co-founder of the global HP brand once said, “I think many people assume wrongly that a company exists simply to make money. While this is an important result of a company’s existence, we have to go deeper and find the real reasons for our being.”

Most do not dig enough. As business owners, we have to find ourselves and lose ourselves to a greater purpose, one that is beyond just making money. We could use the powerful “five whys” method. Start with asking yourself, “why is what I do important?” You would notice that after a few repeated whys, you will get down to its fundamental purpose; a purpose that is not just self-centered but service oriented. An enlightened self-interest because genuine service in and of itself leads to greatness.

And this does not just apply to business owners. It applies to everyone.

As a teacher in a school, why don’t you begin to view your job through the lens of impact and the number of young lives you can touch instead of just hanging on in a lukewarm manner till the end of the month for a salary. I think that is a better pathway to daily fulfillment. John Wooden, the legendary UCLA basketball coach was a well-respected man not just because of the trophies he won but particularly because of the numerous young lives he touched in his coaching days.

Are you an employee in a company who is tired of his/her job and have to wait for a 30-day interval before you can derive some joy in what you do? If yes, why don’t you pick up John Maxwell’s book titled 360-degree leader? After reading it, you would see a new spirit would be lifted in you. You would see you can do good and great works and attain daily fulfillment wherever you fall into in the structure of a company.

I may be wrong but no one jumps out of bed on a Monday morning excited to go to work simply because he needs to work to pay the house rent or foot some other house bills at the end of the month. Usually, he says “not another Monday”.There is a better way. If we look well enough into that job of ours and follow the “five whys” process, we would find a deeper meaning; one that in and of itself could serve as an alarm clock for you, one that brings daily self-actualization.

Really, whatever profession we are engaged in, a lot of greatness can flow from it if you dig a little deeper. And a little more.

I don’t presume to have all the wisdom of the world in my palms as I am still learning. I learn every day. I am not old but I have sure lived a thousand lives through books and I have come to understand that life is beyond just money. We all take the money. But life is beyond that. Money is just a facilitator, not a goal.

Abraham Lincoln lived in the era of Andrew Carnegie and John Rockefeller; two of the richest men in history. He didn’t die a billionaire as those two. In fact, he certainly wasn’t listed on the Forbes rich list but one thing is also certain; he didn’t die a poor man. He died a very wealthy man. Likewise, Martin Luther King, Kofi Annan, Mahatma Gandhi, the Nobel prize winners and many other hidden great figures who made a mark wherever they found themselves. They do not appear on any rich list but their legacy is definitely enough inheritance not only for their kids but for the entire world.

In the end, wherever we are, whatever good things we build end up building us. That is called enlightened self interest.

To our collective greatness,
Temitope Ojo.

WHAT DO YOU VALUE IN FRIENDSHIP?